RSS
← Terrorism: It’s certainly nothing new
Whew! That was a close call! →

Dashing my demons at the Gateway Arch

The majestic Arch from a highway. Phil Roberts photo. 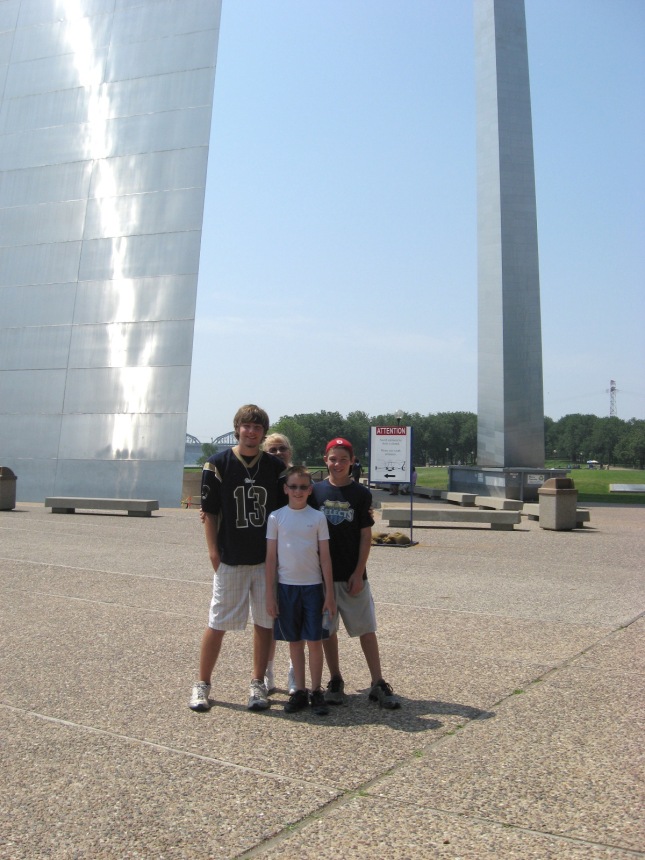 Waiting to board a tram car. Phil Roberts photo.

(Note: There are additional photos posted at the end.)

One of the items on my Bucket List is traveling what’s left of America’s highway, Route 66.

One of the items that’s been on my No Way List was riding up the inside of a leg of the Gateway Arch in St. Louis aboard a tiny tram – supplied by the lower bidder — all the way to the top.

But that experience is no longer on my No Way List because recently, in a moment of extreme bravery, or perhaps weakness, I decided to take that high-rise ride with some other family members.

The Gateway Arch is America’s tallest manmade monument. My first trip to the breathtaking, 630-foot attraction on the St. Louis riverfront was, I think, in the 1980s when Sherry and I took our then-young four children to St. Louis for a short vacation.

I fear heights (the word for people like me is acrophobia), and that was true even before I fell off a roof many years ago. I also don’t like being in confined spaces (that’s claustrophobia).

So when our children asked if we could all ride to the top of the Arch during our visit, I cringed and my heart skipped a few beats. A normal rhythm returned, and I breathed a sigh of relief, when we learned the tram was out of service that day.

That wasn’t the only time our kids were disappointed when it came to tall structures. When we visited Chicago and walked by what then was called the Sears Tower, we did just that. We walked by.

Most people go up to the top and look down. We stayed outside and looked up. I wish I had been braver then, but I wasn’t. You never know, after all, when an earthquake might strike and cause the whole works to tumble to the ground.

Beginning in the 1990s, though, I began meeting at least one of my two demons — the fear of heights — head-on as Sherry and I traveled.

When we were in Florida, I climbed 203 stairs in a mostly open circular staircase all the way to the top of the 175-foot lighthouse at Ponce Inlet near Daytona Beach just to prove to myself that I could do it.

Sherry started up, too, bless her heart. But her legs were shaking so badly she turned around and went back down. My legs were weak, too, but I just forged on out of determination, I guess.

I wasn’t comfortable in any those high places, but the views made the ascents worthwhile. And, when the trips to the top were over, I did feel like I had accomplished something worthwhile.

That brings me back to the Gateway Arch.

We recently found ourselves in St. Louis enjoying a day on the town with three grandsons, Cade, Harrison and Pierce.

After walking through a museum at the Arch, it was time for a ride to the top for those who wanted to go.

Cade wasn’t interested. I could certainly relate to that. Sherry, Harrison and Pierce did want to go. And I was on the fence. Riding to the top, you see, meant I’d be battling both my acrophobia and claustrophobia.

But as Sherry neared the head of the line to buy the tickets, I mustered what courage I had and said I’d go too.

Little cars on the tram launch from both the north and south legs of the Arch. As I recall, there are eight cars in each leg. The cars interiors are all white. They seat five and are air-conditioned. Thank God for that because it was a record-setting 97 degrees and quite humid in St. Louis the day we were there.

A door slides open and you enter your tram car through what looks like a hatch on a ship. A recorded voice on a loudspeaker tells you to be sure not to bump your head, which is what I promptly did. Then the door slides shut, and there’s no turning back for cowards.

The ride to the top takes only four minutes. (Going back down it takes just three minutes.)

The carpeted room — it’s like a long hallway — is quite bright because of the many viewing windows on each side of it. On the east side your view is of the Mississippi River and Illinois. On the west side, you can see downtown St. Louis, including Busch Stadium.

Even on a hazy day, the view is spectacular and makes for some wonderful photos. You can stay at the top of the Arch as long as you wish, then you catch the next available ride back down.

It’s a wonderful experience. But, if you’re claustrophobic like me, do make sure you ride in a tram car with people who know and love you.
There are two reasons for this.

First, if you go berserk because of your claustrophobia and start whimpering uncontrollably, you certainly don’t want to be among strangers.

Second, if you’re with people you know, you won’t imagine that the stranger seated across from you is a serial killer with four minutes alone with you in a confined space.

I know, I’ve been watching too many movies.

Copyright 2011 by Phil Roberts, Creative Enterprises. This piece has been provided as an Everyday People to The North Scott Press, Eldridge, Iowa.

In the tram nearly ready to go. Phil Roberts photo. 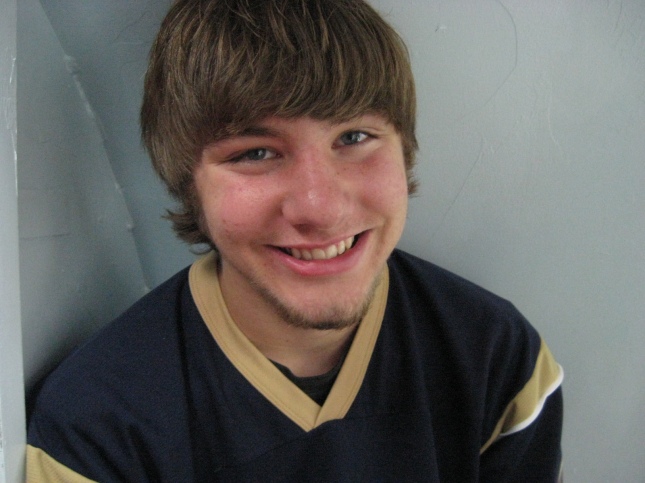 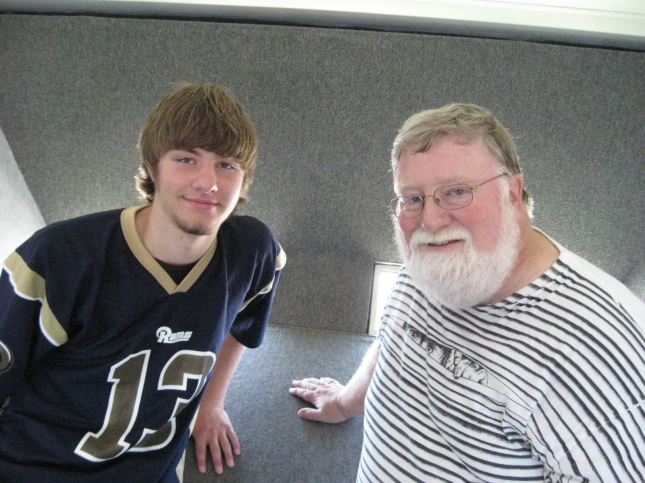 The room at the top. Phil Roberts photo.

What a view! Phil Roberts photo.

Posted by frontporchexpressions on June 13, 2011 in Uncategorized

← Terrorism: It’s certainly nothing new
Whew! That was a close call! →

2 responses to “Dashing my demons at the Gateway Arch”