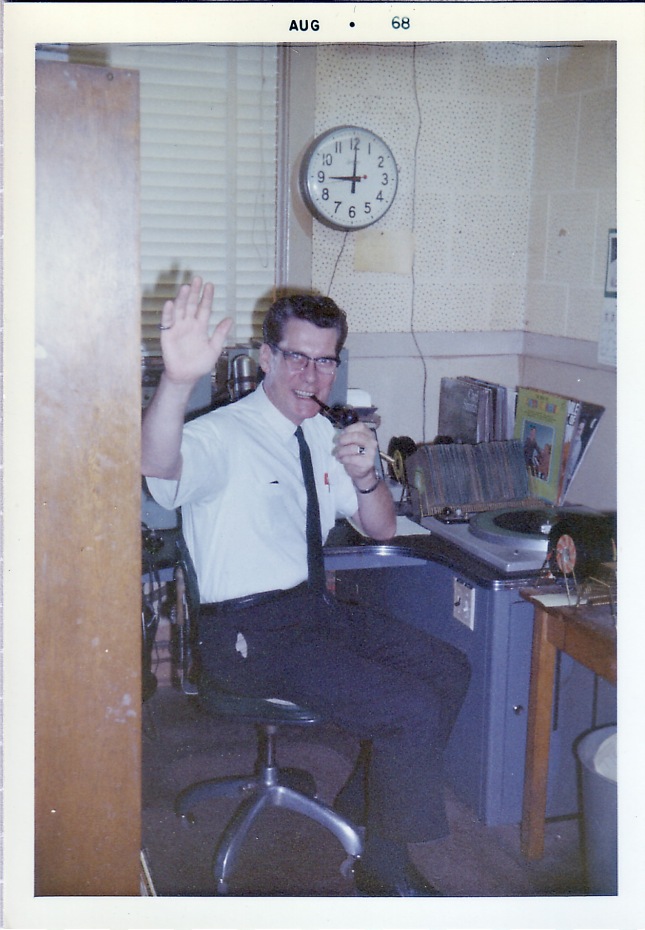 In the late ‘60s or early ‘70s, a young man named Clay was the morning deejay at KWNT Radio. I don’t recall if he even drank coffee, but it was his job nonetheless to have a fresh pot ready when his middle-aged, on-air replacement, program director Hal Rayborn, came to work each morning.

As the story goes, one day, for some reason, Clay decided to clean the coffeemaker before Hal showed up. So he ran fresh water containing Dip-It through the unit.

According to its advertising, Dip-It “dissolves and removes the build-up of lime, calcium, coffee bean oils and other water deposits that are found in automatic drip coffee makers.”

The stuff works and warm, foul-tasting, brown-colored water collected in the pot.

Unfortunately, Clay neglected to put a “do not drink” note on the coffeemaker, and Hal poured himself a cup when he reported to work and started drinking it.

He then walked in the studio and folks say the exchange of words soon went something like this:

Hal: “Clay, this is the worst coffee you’ve ever made!”

Clay: “You’re not really drinking that stuff, are you?!”

Hal’s next sentence or two are lost to history. But I’m sure what he said was not complimentary of Clay’s coffeemaker-cleaning efforts.

As Hal related to me that night when I came to work, he had gotten on the phone that morning, called his girl friend, told her what had happened and asked her to call his doctor for advice.

She called back: “He said you need to get to the ER and have your stomach pumped.”

Hal: “I’m on the air. Call him back and find out the next best thing to do.”

A few minutes later, she called back: “He said to drink lots of milk.”

Hal drank oodles of milk that day, and he survived. But he was not a happy man. He was still grumbling when I came to work at 6 p.m.

Posted by frontporchexpressions on September 6, 2011 in Uncategorized

One response to “The Dip-It incident”