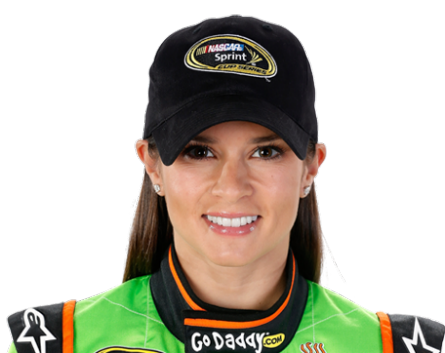 I was nervous for Danica Patrick in the Daytona 500, at least at the beginning of the race. I wanted her to succeed.

Sure, the former IndyCar star and current NASCAR Sprint Cup rookie candidate had become the first woman to qualify for a Sprint Cup pole position earlier in the week.

But qualifying is one thing, and racing is quite another. Like the other drivers, all of them men, in NASCAR’S biggest race of the year, Patrick had the stress of guiding a speeding bullet of a stock car at 200 mph for 500 miles just inches from 42 other competitors, all while being uncomfortably belted in a steel cage.

But Patrick had the added pressure of being a woman competing in a sport traditionally dominated by men. Millions of eyes were on her, watching to see how she’d do, and she knew it.

It turns out I needn’t have been nervous for the petite female chauffeur. Patrick performed flawlessly. She was a contender all race long and was in third place going into the final lap. She didn’t wreck herself, and she didn’t wreck anyone else. And that’s a boast not all of the male drivers could make.

Patrick also made some more history.

She led twice for a total of five laps. Janet Guthrie was the first woman to lead laps in Cup racing; she led five laps under caution at Ontario in 1977. Patrick became the highest female finisher in the history of the Daytona 500 when she brought her Go Daddy-sponsored car home in eighth place. Janet Guthrie had the previous best finish for a woman in the race. That was 11th in 1980.

“… At the end of the day, it was a solid day,” Patrick said in a post-race interview with Fox Sports, the network that broadcast the race. “We stayed basically in the top 10 all day long. You can’t really complain about that. It was nice.”

I have the privilege of knowing Janet, a native Iowan. I’ve written about her significant accomplishments in some national racing publications and was honored to be asked to write her profile for the program when she was inducted into the International Motorsports Hall of Fame in 2006.

So I contacted Janet after the Daytona 500 checkered flag fell.

“Danica did an excellent job today, making good use of her excellent equipment,” Janet said.

Janet notes that in 1977 she came close to finishing eighth in the 500. “I was running eighth 10 laps from the end when I lost two cylinders and finished 12th.”

Janet says there’s still another record of hers for Danica Patrick to break. “She has one to go: best Cup finish.” Janet’s top NASCAR finish was sixth place at Bristol in 1977.

Will Danica better that?

Dale Earnhardt Jr., who finished second behind Jimmie Johnson in the 500, said of Danica Patrick to the New York Times, “She’s going to make a lot of history all year long.”

Posted by frontporchexpressions on February 25, 2013 in Uncategorized