RSS
← You’ll think you’re in Mayberry
Indiana wants me, Lord, I can’t go back there → 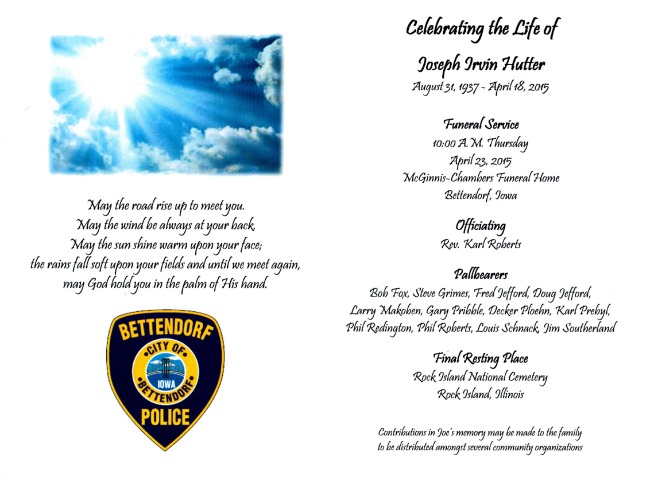 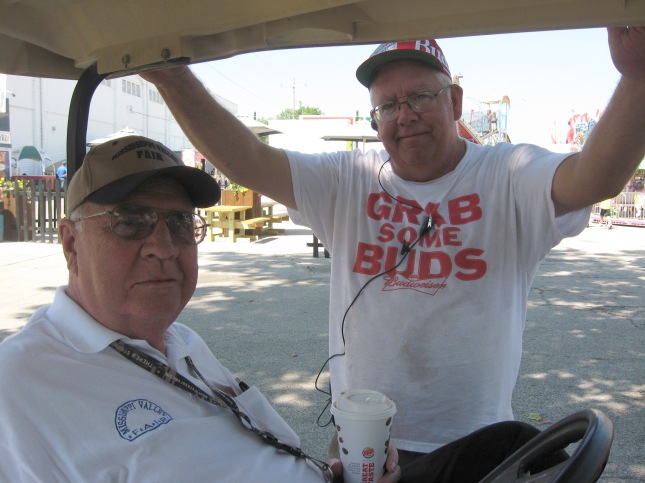 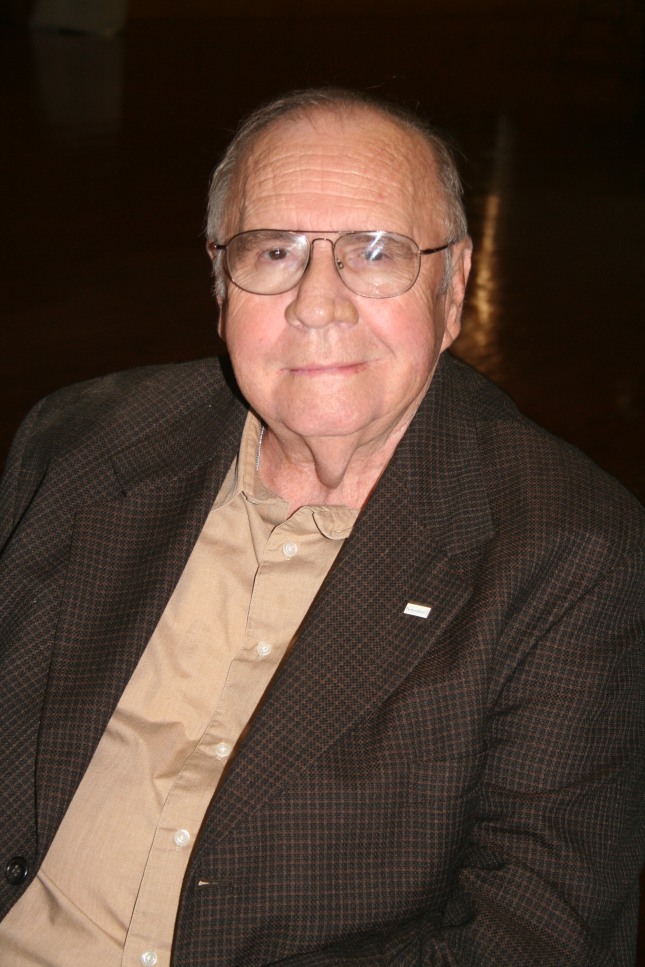 Life without Joe. That’s going to take some adjustment for me and many others.

Joe Hutter (pictured above), 77, of Bettendorf, died on April 18. He had experienced a variety of health problems in the last year but — until now — had bravely fought his way through them.

His obituary described Joe as a “retired Bettendorf police officer, two-term Iowa state representative, community activist and civic volunteer.” But to me Joe was much more; he was one of my closest friends. In fact, I thought of him as the big brother I never had.

Joe was born and raised in Dubuque. He graduated from Loras Academy and served in the Navy from 1956 to 1958.

He signed on with the Bettendorf Police Auxiliary in 1964 and was on the regular force from 1966 to 1994. He also served temporary stints as the city’s police chief and fire chief over those years.

Joe witnessed much growth in Bettendorf and its police force. He once noted in one of his Bettendorf News columns that in the early years of his police service, there were only 10 officers on the force, and he was the only one on duty Saturday mornings.

I met Joe in the early 1990s. Bettendorf police had made a big drug bust and hosted a news conference to discuss it and to show off the confiscated drugs. Joe attended the news conference on behalf of the police department, and I was there as a reporter for The Leader newspaper.

Our friendship began in 1993 when I was asked to join the Mississippi Valley Fair Board, where Joe had been a member since 1985.

Joe and I hit it off from the start. We enjoyed discussing any number of topics with each other in person, on the phone or over breakfast or lunch. If our wives didn’t accompany us to the annual convention of fairs and expositions in Las Vegas, Joe and I shared a hotel room. When we weren’t sitting in seminars, we were together, dining, walking through the trade show or touring the Las Vegas strip on a trolley.

When Joe decided to run for state representative in Iowa House District 82, I volunteered my time to write any needed news releases, including those announcing his regular Java with Joe meetings with his constituents once he was elected.

He aptly described himself in an August 2006 news release announcing his bid for re-election to a third term as an independent after losing by a small margin in the Republican primary.

“I have done a good job for my district and have been a strong voice for the Bettendorf area in the Iowa House,” he said. “I don’t play politics. I can’t be bought or intimidated, and people like that.”

But being an independent didn’t play well, his opponent outspent him and his re-election bid failed.

During each annual Mississippi Valley Fair, Joe and I spent lots of time together. Some of that was on a golf cart touring the fairgrounds. Joe would drive me around so I could take a variety of photographs for the fair’s archives and/or The North Scott Press.

It was always a long ride because it seemed everyone knew Joe, and Joe knew everyone. We stopped often for conversations. Joe was a people person and a good listener.

I considered every moment with Joe a gift because of something that had happened some years back. One evening he and his wife Barbara were in their living room when, without warning, Joe went into cardiac arrest. Barb called 9-1-1 and, as luck would have it, a Bettendorf police officer and his firefighter son were together in a personal vehicle near the Hutter residence. They heard medics being dispatched on their pagers.

The duo hurried to the Hutter house, performed CPR on Joe and kept him alive until help arrived. Had the pair not been nearby that night, Joe would have died in his living room. After that incident I called Joe the “miracle man.”

While Joe’s obituary lists many of his volunteer activities, it does not list some of the interesting jobs he held following his retirement from the police department.

He worked as a security officer for Burns Security in Bettendorf from 1994 to 1996. Joe also used to drive elderly people to their doctor appointments, and not just locally. There were trips to places like Madison, Wis.

He was head of security at Jumer’s Castle Lodge from 1996 to 1999 and was a field representative for the Better Business Bureau in 2000 and 2001. He later handled backstage security at the I-Wireless Center.

But the work I think Joe enjoyed most was writing columns. They appeared for years in the Bettendorf News and 50+ Lifestyle magazine. Joe knew no strangers, and interviewing folks was right up his alley.

Though Joe often wrote about interesting people, “everything and anything is fair game,” he noted in his first Bettendorf News column in March 2009.

Last November Joe couldn’t wait to tell me that he had been named publisher at 50+ Lifestyle.

“I will be writing in this column about anything that may help you or your family, such as information on assisted living, home healthcare, senior transportation and, in fact, even about people who are healthcare providers,” Joe wrote in his first column as publisher.

Since his death, I suspect Joe has been busy in heaven reuniting with Barbara, who died unexpectedly in 2003, and catching up with old friends who were waiting to greet him. And if there is a newspaper or magazine there, Joe has probably already applied for a job as columnist.

Posted by frontporchexpressions on April 26, 2015 in Uncategorized

← You’ll think you’re in Mayberry
Indiana wants me, Lord, I can’t go back there →

3 responses to “Life without Joe Hutter”