Notes from an old reporter 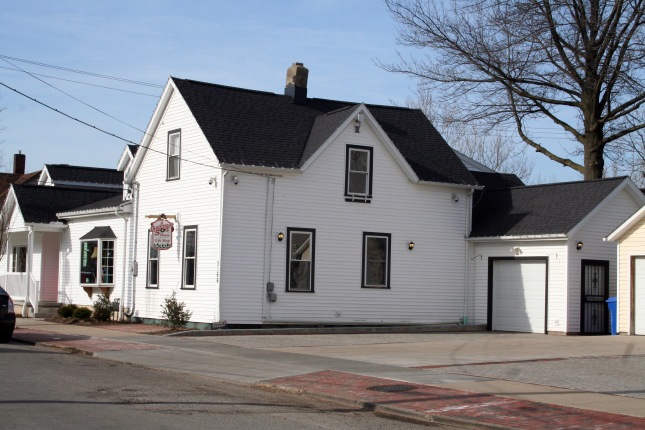 Christmas has already arrived at 3159 W. 11th St. in Cleveland, Ohio. That’s the address for the house used in some of the filming of the 1983 movie “A Christmas Story.” The Bob Clark-directed, low-budget motion picture was released in only 600 theaters, and it flopped. But it became a holiday classic thanks to Turner Broadcasting, which began showing it on TNT or TBS during the holiday season. The house, located in a working-class neighborhood near downtown Cleveland, is now a tourist attraction, complete with a Christmas tree in the living room and a leg lamp in the living room window. Across the street is a museum with original props, costumes and memorabilia from the film, plus some rare behind-the-scenes photos. There is also a large souvenir/gift shop. Visiting the house was on my bucket list, so my bride and I stopped there last April on our way to Connecticut to visit a son and grandson who live there. A Christmas Story House is open for tours seven days a week year round, except on major holidays. You can get more information at (216) 298-4919 or info@achristmasstoryhouse.com.
***
The late Wayne Littell of Eldridge, who died in July, accomplished a lot in his lifetime. But I suspect most people didn’t realize he had been a disc jockey at one point. As I recall, Wayne had spun records in Maquoketa, not far from his Baldwin, Iowa, birthplace. I met him later, in the 1970s, when we were both part-time disc jockeys at the former KWNT, the Quad-Cities original country music station. A mechanical engineer, Wayne’s full-time job then was at Long Manufacturing.
***
When I am behind the wheel of my large SUV, my short arms are unable to reach the buttons on the ATM machine at Walcott Trust and Savings Bank. So I’ve been known to park on the street, walk to the ATM, do my transaction, then return to the car. That was my plan a few weeks ago, but I apparently put my card into the machine incorrectly, and it didn’t work. As I was standing there, probably looking perplexed, I heard a male voice on an outdoor speaker. It said something like this: “Hey, Phil. You can’t use that ATM. You are in a drive-through lane, and you don’t have a car!” Then there was laughter. It was my longtime friend, Daron Oberbroeckling, who works at the bank. Small towns are much like the “Cheers” TV show, where everybody knows your name.
***
It seems like all bad deeds are caught on video these days. Most everyone — with the exception of me — has a smart phone and shoots video when something is happening. In recent weeks a sheriff’s deputy lost his job for the tactics he used in removing a student from a classroom. She had been asked to leave by her teacher but would not comply. A school bus driver was put on suspension for roughing up a student who had been asked to sit down but also did not comply. While the deputy and bus driver may have used excessive force, the students were also in the wrong. My parents taught me at an early age to obey them, my grandparents, my teachers, police officers and other authority figures. I’m afraid that’s a lesson that isn’t being taught much anymore. I knew if I got into trouble outside the home, I’d be in more trouble when I returned home.
***
It is no wonder that awards programs on TV run so doggone long; they waste a lot of time on stupid stuff. That was true for the recent “CMA Awards” on ABC. The show opened with what FOXNews.com said was “a weak opening video skit where the show attempted to marry country music with ‘Star Wars.’” Calling it weak is putting it nicely. Then co-hosts Carrie Underwood and Brad Paisley spent at least another 15 minutes unsuccessfully trying to be funny. They may have gone beyond that 15 minutes. I don’t know because we turned off the television at 7:20 as Paisley was dropping his bluejeans to reveal plaid boxer shorts. Who knows why. As my wife turned off the TV set, I was shouting at it, “Just present the awards!” I often talk to the radio or TV. When a news anchor gives his or her opinion on a particular story — in other words editorializes — I shout, “Just read the news.” When a disc jockey drones on and on, I shout, “Just play the music.” We watch a lot of PBS TV programs, and that saves a lot of shouting on my part.

Posted by frontporchexpressions on November 10, 2015 in Uncategorized

← Happy Veterans Day, Captain
A shock for which I’m thankful →