Keeping pace and other random thoughts 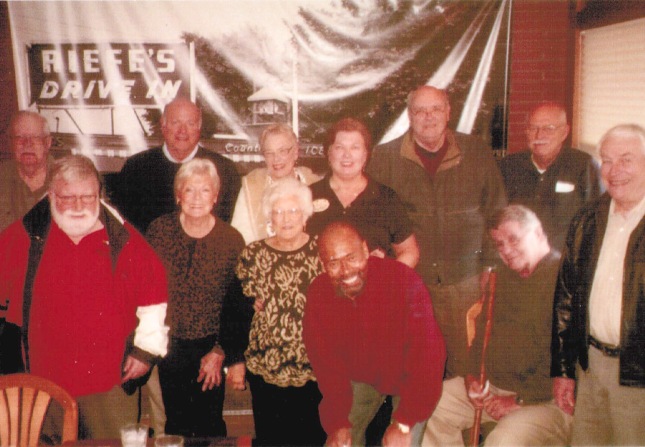 Some members of the WOC Club at our last meeting held at Riefe’s (which is now closed) in December 2015. Club members are folks who worked at WOC-TV, KWQC-TV, WOC-AM, WOC-FM, KIIK-FM or KUUL-FM.

As of Dec. 22, I now have a pacemaker. It keeps the bottom part of my heart beating at an appropriate rate; it had been on the slow side. A friend of mine who has had a pacemaker for quite a while told me in advance that the implant surgery would be a “piece of cake.” I don’t know if I would go quite that far, but it was done on an outpatient basis, and I got to go home after a couple hours of recuperation time. That’s not bad.
###
My wife, Sherry, recently took great delight in purchasing a children’s book to read to our younger grandchildren. It’s called “Hiding Phil,” and Phil is an elephant.
###
The Quad-Cities area has many fine restaurants. But in recent months two — Bud’s Skyline Inn in Moline and Riefe’s Restaurant in Davenport — have closed so their owners could retire. It takes a lot of hours each week to run a restaurant, and brothers Dan Riefe, who joined the family business in 1980, and Rick, who joined in 1971, have certainly earned their retirement. My experience with Riefe’s dates back to when it was just a drive-in. My brother and I went there with our parents. Carhops brought our food, and we ate in the car. The drive-in was torn down in 1960 and replaced by a building that seated 45 people inside. It has since been enlarged several times. I remember eating inside as a teenager and ordering a two-piece chicken dinner, call the “chicken snack,” for 95 cents. Most recently some fellow retired broadcasters and I have met one morning each month at Riefe’s for breakfast. We will now have to find another place, and it won’t be the same. I got to know Rick Riefe personally in the 1990s when his son Jess and my son Dane were in Boy Scouts together. “Rick is a nice guy, and he was a good scoutmaster,” Dane, now 34, recalled recently. He also noted that Rick did the cooking on campouts, and that was a real treat.
###
The recent death of former Harlem Globetrotters player “Meadowlark” Lemon reminded me of the time I played in an exhibition game against the Globetrotters. It was 1970 or 1971, and I was a college student and a part-time disc jockey and sales rep at the Quad-Cities’ original country music station, KWNT in Davenport. Our hastily thrown together team, called the Friendly Country Giants, played the Globetrotters briefly during halftime at one of their performances at the Wharton Field House in Moline. Of course, they ran circles around us but I did make a basket, scoring 2 points.

Copyright 2016 by Phil Roberts, Creative Enterprises. This piece ran as a column in the North Scott Press.

Posted by frontporchexpressions on January 16, 2016 in Uncategorized